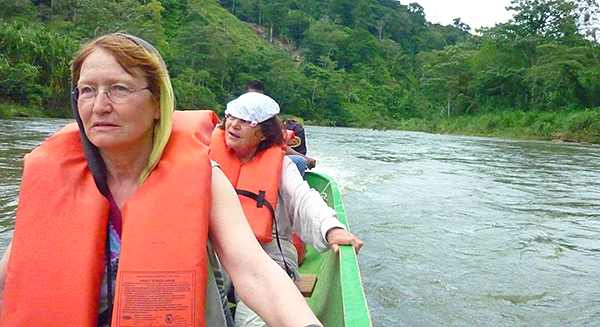 The first impulse from the global South for the initial workshop in 2016 was given from the experiences from a journey made by Monika Treber and Ute Wannig to visit long-time project partners of CIL in Guatemala and Costa Rica in June 2016. The theme „Climate Change in Everyday Life – what do we know and how does it affect our actions?“ played a major role in the discussions with agents of civil society and the local population.

In general our focus in the various locations of the visit was on the question of the face of „climate change“ in the everyday lives of our hosts.

3 thoughts on “Treber & Wannig on Tour”