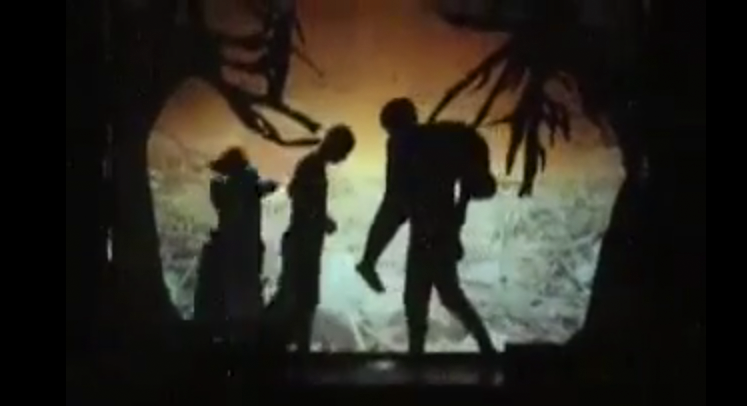 The Dance-Performance of the shadow play group „El Gamma Penumbra“ (Tanauan, Province Batangas, Philippinen) is a homage to the severely suffering people of the Phillipine Island Mindanao in 2013.
In September 2013 the civilian population of the Philippine harbour city of Zamboanga had to endure week-long fighting between guerillas and state security forces (‘Zamboanga crisis’). During the fighting apporximately 10,000 houses were destroyed and 100,000 people were forced to flee.  Just months later typhoon “Yolanda” swept over the country – the storm was the strongest ever experienced: 4 million people became homeless because of it, more than 8,000 people lost their lives.