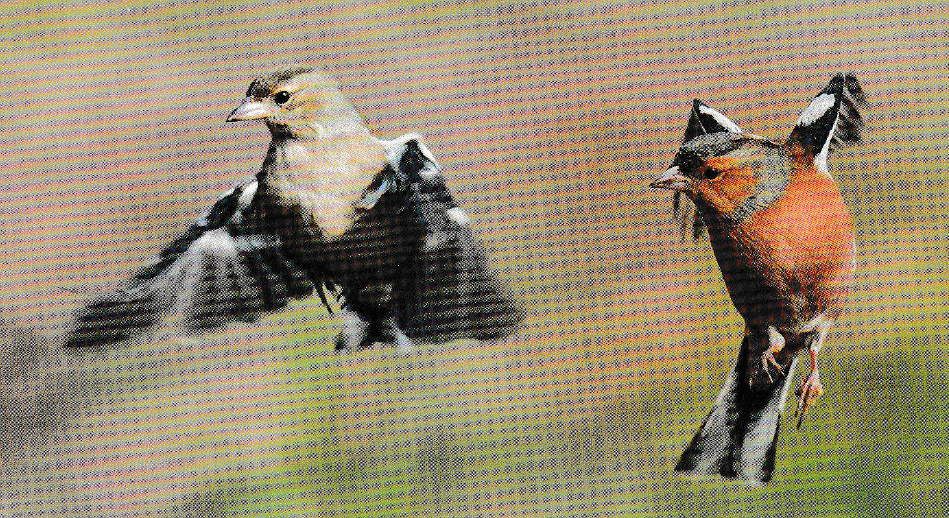 Many migratory birds return up to three weeks earlier from their wintering grounds (U.W. on the African continent) than 30 years ago, and some remain in the leaves of shrubs and trees.

Thus only the night remains for them to fly. After a short resting phase in the evening they start about one hour after sunset for their next stage. The young birds always fly separate from the old birds. The knowledge of their route and goals must be innate. Young cuckoos prove this impressively; never having seen their physical parents, raised by foster parents, they still find their wintering grounds in South Africa. 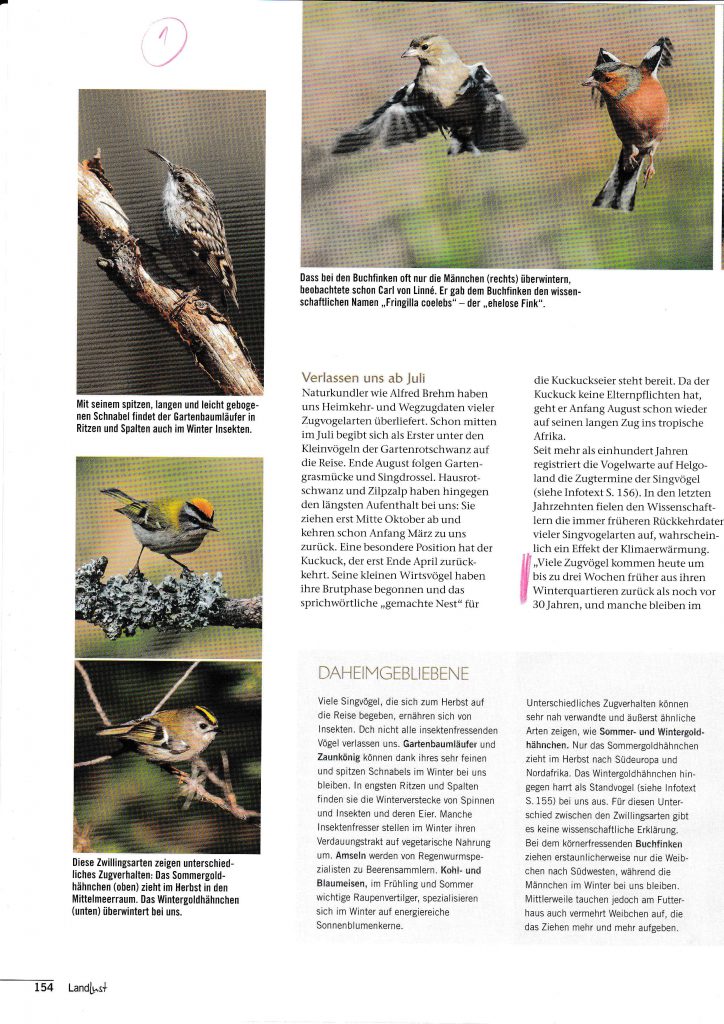 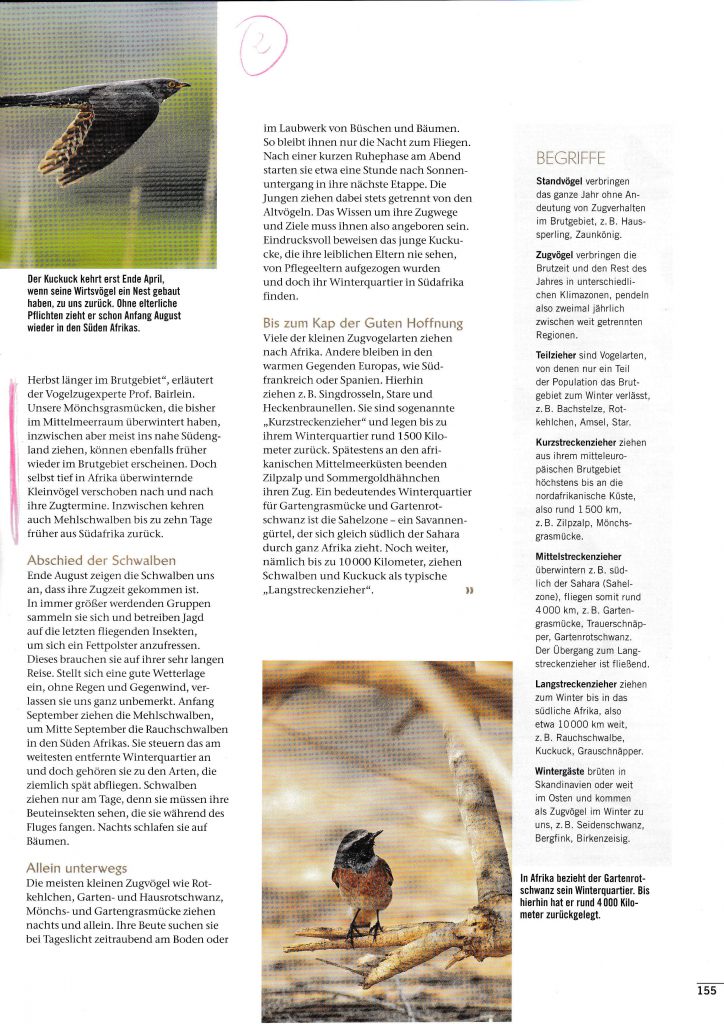